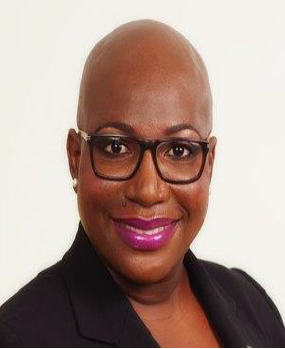 The Honourable Dr. Gale Rigobert, Minister for Education, Innovation, Gender Relations, and Sustainable Development, today assumed her seat as the Co-Chair of the Governing Board of the Risk-informed Early Action Partnership (REAP).

Launched at the United Nations Climate Action Summit in September 2019, as one of the tangible outcomes of the UN Secretary General s coalition on Adaptation and Resilience, where Saint Lucia was represented by its Permanent Mission to the United Nations, who worked to ensure that Saint Lucia had an influential role in the Partnership. The REAP brings together an unprecedented range of stakeholders across the climate, humanitarian, and development communities with the aim of making 1 billion people safer from disaster by 2025.

The inaugural meeting of the high-level governing board was held virtually and brought together members from all key REAP stakeholder groups, including developed and developing countries, international institutions, civil society, and the private sector. Discussions focused on the REAP strategic vision, partner engagement, governance arrangements, the development of the implementation plan, and the road to COP26.

The board has a critical role in guiding the Partnership as it advances its work to set ambitious targets which will drive a systemic shift towards acting earlier to reduce the impacts of disasters. The targets highlight the importance of national planning, financing, and delivery mechanisms to support early action, as well as investment and coverage in warning systems with a focus on them reaching the most vulnerable.

Dr. Rigobert stressed that “Saint Lucia s selection as a co-chair along with the United Kingdom as the incoming host of the 26th UN Climate Change Conference of the Parties ( reflects the international recognition of Saint Lucia s firm resolve at the highest level to advocate for the protection of people and ecosystems from the changes that are brought by changing climate through robust resilience and adaption. This seat at the table provides an opportunity for Saint Lucia to guide the work of the partnership and ensure that the unique vulnerabilities of Small Island Developing States are adequately accommodated in
the implementation plans.”