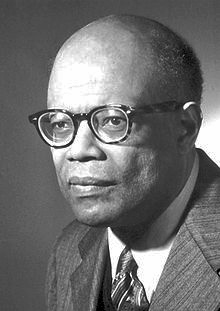 Sir William Arthur Lewis (January 23, 1915 – June 15, 1991) was a Saint Lucian economist well known for his contributions in the field of economic development. In 1979 he won the Nobel Memorial Prize in Economics.

Arthur Lewis was born in Castries, Saint Lucia, then still a British territory in the Caribbean, as the fourth of five children of George and Ida Lewis. His parents had migrated from Antigua shortly after the turn of the century. George Lewis died when Arthur turned seven, and Ida raised their five children alone. Arthur was a gifted student and was promoted two classes ahead of his age. After finishing school at the age of fourteen, Lewis worked as a clerk, while waiting to take his university entrance exam. During this time he became friends with Eric Williams, the future first prime minister of Trinidad and Tobago, and the two remained lifelong friends.

After gaining his Bachelor of Science degree in 1937 and a Ph.D. degree in 1940 at the London School of Economics, Lewis worked as a member of the staff at the LSE until 1948. In 1947, he married Gladys Jacobs, and they had two daughters together.

That year he was selected as a lecturer at the University of Manchester, and moved there with his family. He taught at Manchester until 1957. During this period, he developed some of his most important concepts about the patterns of capital and wages in developing countries. He particularly became known for his contributions to development economics, of great interest as former colonies began to gain independence from European nations.

When Ghana gained independence in 1957, its government appointed Lewis as their first economic advisor. He helped draw up its first Five-Year Development Plan (1959–1963).

In 1959 Lewis returned to the Caribbean region when appointed Vice Chancellor of the University of the West Indies. In 1963 he was knighted for his contributions to economics.

That year, he was also appointed a University Professor at Princeton University and moved to the United States. Lewis worked at Princeton for the next two decades, teaching generations of students until his retirement in 1983. In 1970 Lewis also was selected as the first president of the Caribbean Development Bank.

Lewis received the Nobel prize in Economics in 1979, sharing it with Theodore Schultz.

He died on June 15, 1991 in Bridgetown, Barbados. He was buried in the grounds of the Saint Lucian community college named in his honor. 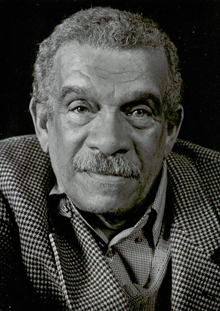 Honorable Derek Alton Walcott, OBE OCC (born 23 January 1930) is a Saint Lucian poet and playwright. He received the 1992 Nobel Prize in Literature. He is currently Professor of poetry at the University of Essex. His works include the Homeric epic poem, Omeros (1990), which many critics view “as Walcott’s major achievement.” In addition to having won the Nobel, Walcott has won many literary awards over the course of his career including an Obie Award in 1971 for his play Dream on Monkey Mountain, a MacArthur Foundation “genius” award, a Royal Society of Literature Award, the Queen’s Medal for Poetry, and the 2011 T. S. Eliot Prize for his book of poetry, White Egrets.

Walcott was born and raised in Castries, Saint Lucia, in the West Indies with a twin brother, the future playwright Roderick Walcott, and a sister, Pamela Walcott. His family is of African and European descent, reflecting the complex colonial history of the island which he explores in his poetry. His mother, a teacher, loved the arts and often recited poetry around the house. His father, who painted and wrote poetry, died at age 31 from mastoiditis while his wife was pregnant with the twins Derek and Roderick, who were born after his death. Walcott’s family was part of a minority Methodist community, who felt overshadowed by the dominant Catholic culture of the island established during French colonial rule.

As a young man Walcott trained as a painter, mentored by Harold Simmons, whose life as a professional artist provided an inspiring example for him. Walcott greatly admired Cézanne and Giorgione and sought to learn from them.

He studied as a writer, becoming “an elated, exuberant poet madly in love with English” and strongly influenced by modernist poets such as T. S. Eliot and Ezra Pound. Walcott had an early sense of a vocation as a writer. In the poem “Midsummer” (1984), he wrote: Forty years gone, in my island childhood, I felt that the gift of poetry had made me one of the chosen, that all experience was kindling to the fire of the Muse.

At 14, Walcott published his first poem, a Miltonic, religious poem in the newspaper, The Voice of Saint Lucia. An English Catholic priest condemned the Methodist-inspired poem as blasphemous in a response printed in the newspaper. By 19, Walcott had self-published his two first collections with the aid of his mother, who paid for the printing: 25 Poems (1948) and Epitaph for the Young: XII Cantos (1949). He sold copies to his friends and covered the costs. He later commented, I went to my mother and said, ‘I’d like to publish a book of poems, and I think it’s going to cost me two hundred dollars.’ She was just a seamstress and a schoolteacher, and I remember her being very upset because she wanted to do it. Somehow she got it—a lot of money for a woman to have found on her salary. She gave it to me, and I sent off to Trinidad and had the book printed. When the books came back I would sell them to friends. I made the money back.[5]

With a scholarship, he studied at the University College of the West Indies in Kingston, Jamaica. After graduation, Walcott moved to Trinidad in 1953, where he became a critic, teacher and journalist. Walcott founded the Trinidad Theatre Workshop in 1959 and remains active with its Board of Directors.

Exploring the Caribbean and its history in a colonialist and post-colonialist context, his collection In a Green Night: Poems 1948-1960 (1962) attracted international attention. His play Dream on Monkey Mountain (1970) was produced on NBC-TV in the United States the year it was published. In 1971 it was produced by the Negro Ensemble Company off-Broadway in New York City; it won an Obie Award that year for “Best Foreign Play”.[8] The following year, Walcott won an OBE from the British government for his work.

He was hired as a teacher by Boston University in the United States, where he founded the Boston Playwrights’ Theatre in 1981. That year he also received a MacArthur Foundation Fellowship in the United States. Walcott taught literature and writing at Boston University for more than two decades, publishing new books of poetry and plays on a regular basis and retiring in 2007. He became friends with other poets, including the Russian Joseph Brodsky, who lived and worked in the US after being exiled in the 1970s, and the Irish Seamus Heaney, who also taught in Boston.

His epic poem, Omeros (1990), which loosely echoes and references characters from The Iliad, has been critically praised “as Walcott’s major achievement.” The book received praise from publications such as The Washington Post and The New York Times Book Review, which chose the book as one of its “Best Books of 1990”.

Walcott was awarded the Nobel Prize in Literature in 1992, the first Caribbean writer to receive the honor. The Nobel committee described his work as “a poetic oeuvre of great luminosity, sustained by a historical vision, the outcome of a multicultural commitment.”

His later poetry collections include Tiepolo’s Hound (2000), illustrated with copies of his watercolors; The Prodigal (2004), and White Egrets (2010), which received the T.S. Eliot Prize.