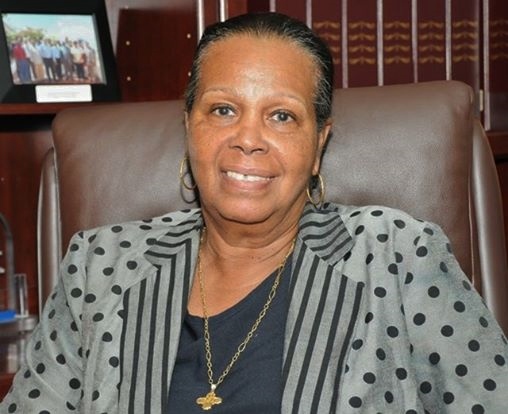 Justice D’Auvergne was appointed as a Magistrate in 1979. She was the first female     Director of Public Prosecutions, and also Saint Lucia’s first ever Solicitor-General.

She had an extensive law career. Before she retired as a High Court Judge of the  Eastern Caribbean Supreme Court in 2004, she served as Acting Justice of the Appeal Court and Judge of the International Labor Organization’s administrative tribunal. She was the first female Director of Public Prosecutions, serving between 1982 and 1988. She was also Saint Lucia’s first ever Solicitor-General. Justice D’Auvergne had been a practicing barrister since 1975 and was appointed as a Magistrate in 1979.

She served on the Board of Governors of the Sir Arthur Lewis Community College and the Board of Governors of the St. Joseph’s Convent Secondary School. She was also a Patron of the Marian Home for the Elderly and a Director for the Adelaide and Francis Home and Johnson Home for the Elderly. She also served on the Board of the LUCELEC Trust Inc., the philanthropic arm of the Saint Lucia Electricity Services  Limited (LUCELEC), from March 6, 2010 until her passing.

Justice D’Auvergne was awarded the Saint Lucia Medal of Honor Gold in 2004 for her service to justice. On the Queen’s Birthday Honor List in 2006, she was awarded the Companion of the Order of Saint Michael and Saint George.